Welcome to the COSMOS Trial!

The COcoa Supplement and Multivitamin Outcomes Study (COSMOS) at Brigham and Women’s Hospital – an affiliate of Harvard Medical School (Boston, MA) – and the Fred Hutchinson Cancer Research Center (Seattle, WA) is a clinical trial that randomized 21,442 men and women across the United States. The study has investigated whether taking daily cocoa extract supplements containing 500 mg/day cocoa flavanols or a common multivitamin reduces the risk for developing heart disease, stroke, cancer, and other important health outcomes.

Although results from previous studies have been promising, the health benefits of taking these supplements have not yet been proven. The only way to determine whether or not cocoa flavanol and multivitamin supplements help maintain health is by conducting a large-scale trial, such as COSMOS.

We are excited to announce that the main trial and COSMOS-Mind ancillary study findings are now available and can be accessed in the Study Findings tab. 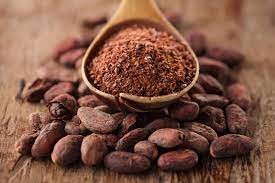 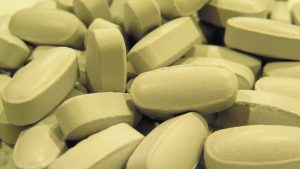 Why Is COSMOS Important?

The COcoa Supplement and Multivitamin Outcomes Study (COSMOS) is a randomized, double-blind, placebo-controlled trial testing a cocoa extract supplement (containing 500 mg/d flavanols), and a multivitamin supplement in the maintenance of cardiovascular health and cancer risk in a total of 21,442 participants, including 12,666 women aged ≥65 years and 8,776 men aged ≥60 years with an average of 3.6 years of treatment and follow-up. These promising interventions have both already shown favorable results in prior research studies, and are well-tolerated and safe. Another major goal of COSMOS is to test the effect of the interventions on slowing cognitive decline and aging-related conditions.

Cocoa is an ancient fermented product made from the bean of the cacao tree, Theobroma cacao. Cocoa products contain catechins and epicatechins, readily water-soluble flavonoids classified as flavan-3-ols,1 a subclass of flavonoids with vascular health benefits. Experimental and clinical studies testing the consumption of cocoa products and cocoa flavanols have noted potential benefits on platelet activation,2 endothelium-dependent vasodilation,3 inflammation,4 blood pressure,5 and insulin resistance,6 which may translate into important cardiovascular benefits. COSMOS represents the first large-scale trial in women and men to evaluate the long-term effects of a cocoa extract supplement on cardiovascular health outcomes.

Multivitamins are the most common dietary supplement taken in the U.S., with more than one-third of adults reporting regular multivitamin use.7 While the primary purpose of multivitamins is to reduce vitamin or mineral deficiencies, many U.S. adults still take multivitamin supplements to reduce chronic diseases or promote general health and well-being.8 Our research group previously conducted the Physicians’ Health Study (PHS) II, a randomized trial testing a multivitamin in 14,641 men aged ≥50 years. We found a modest but significant 8% reduction in total cancer,9 and no effect on cardiovascular disease.10 Further, there was suggestive evidence that daily multivitamin use may have greater benefits among men with a prior cancer diagnosis. As yet there are no corresponding randomized trials conducted among women, and the nature of the data in men indicates that these findings should be replicated to determine whether a multivitamin reduces the risk of cancer, particularly among women and those with a history of cancer.

For both interventions, a confirmatory large-scale randomized trial such as the COSMOS in women and men could have major clinical and public health implications.